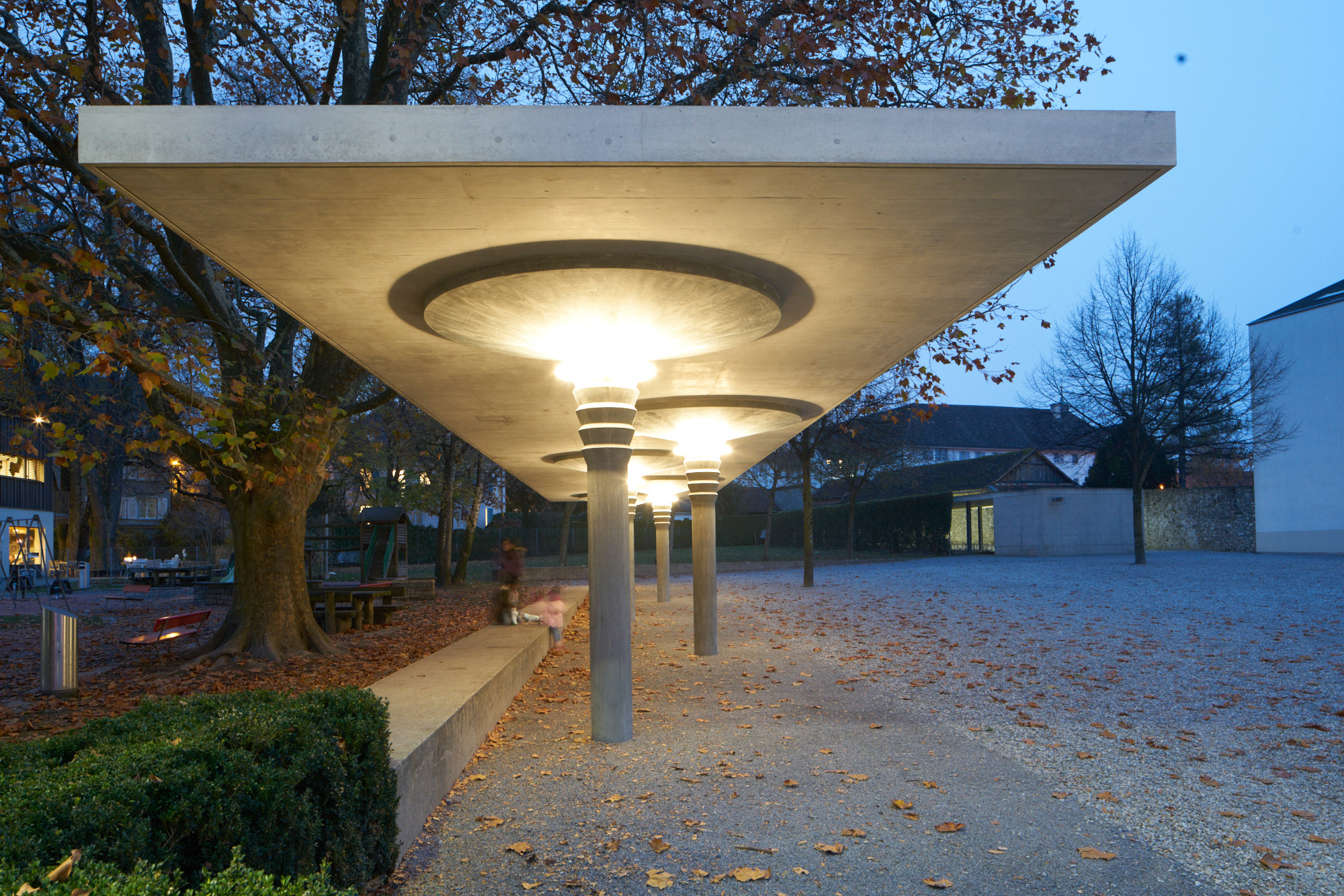 
Renovation and expansion of residential and commercial building Luzern

With the extension of the residential and commercial building at the Baselstrasse 80 in Lucerne, the GSW Lucerne wanted to create new and high-quality living spaces. The building, which was constructed in 1936 by Vogt and Vallaster, is classified as “worthy of preservation” in the building inventory of the Canton Lucerne.The facade facing the Baselstrasse predominantly remains in today’s state.The extension on along Lädelistrasse fills up the backwards shifted upper floors and empowers the street line. The aim is to achieve a compression which fits naturally in between the two neighboring houses. Further living space is realized by building an attic floor. The expression of the new facade plays deliberately with the existing part. The shutters and the axial arranged windows, which play an important role in today’s facade, are included and reinterpreted in the extension.